Based on initial exploration effort currently underway at the Falea Project, the company has identified a significant correlation between the Birimian geology, the fault structures (particularly the Road Fault), and the geophysical Chargeability anomalies in relation to gold mineralisation. This recent high value work has been exploratory in nature, and in the case of the sampling program utilised sections of diamond drill core previously not assayed.

“These preliminary results for the Falea Permit are very exciting and combined with the gold soil sampling completed earlier this year underline the exploration potential for the Falea Project. This sampling program indicates the potential for gold mineralisation along fault structures and the IP survey corroborates geological anomalies that remain untested on the licenses for uranium, base and precious metals. And with Madini we have shallow near surface gold anomalies ready to be drilled.” stated Govind Friedland, Executive Chairman

Assay results for the sample intervals collected from existing drill core have been received. The sampling program was design to collect samples from the Birimian rocks intersected in holes originally drilled as part of the Falea Project’s uranium exploration works. The Falea deposit is generally considered a polymetallic unconformity style deposit, which is hosted in the basal part of the Taoudeni basinal sequence, just above the unconformity with the older Birimian greenstones.

Assay results came in with several intercepts grading above 0.5g/t with intercepts up to 1.16g/t. The style of mineralization of these anomalous gold intercepts are related to quartz veining, shearing and carbonate alteration, as well as the presence of pyrite and chalcopyrite. Additionally, the better mineralized intercepts are associated with the localised faulting structures and especially along the Road Fault structure. Also as noted below the gold mineralisation has also correlated well with the defined Chargeability anomalies below the Falea deposit.
These diamond drill cores were drilled targeting the flat lying uranium deposit only and not deeper for the gold targets known to exist within the Birimian geology. 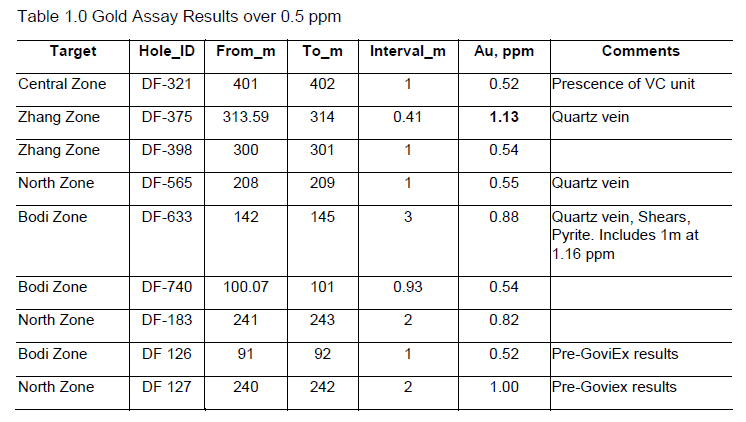 Although the program only assayed approximately 10% of the total available drill cores, these results provide the Company with greater clarity on the zones that should be considered in the future for similar sampling and drill core assay programs. 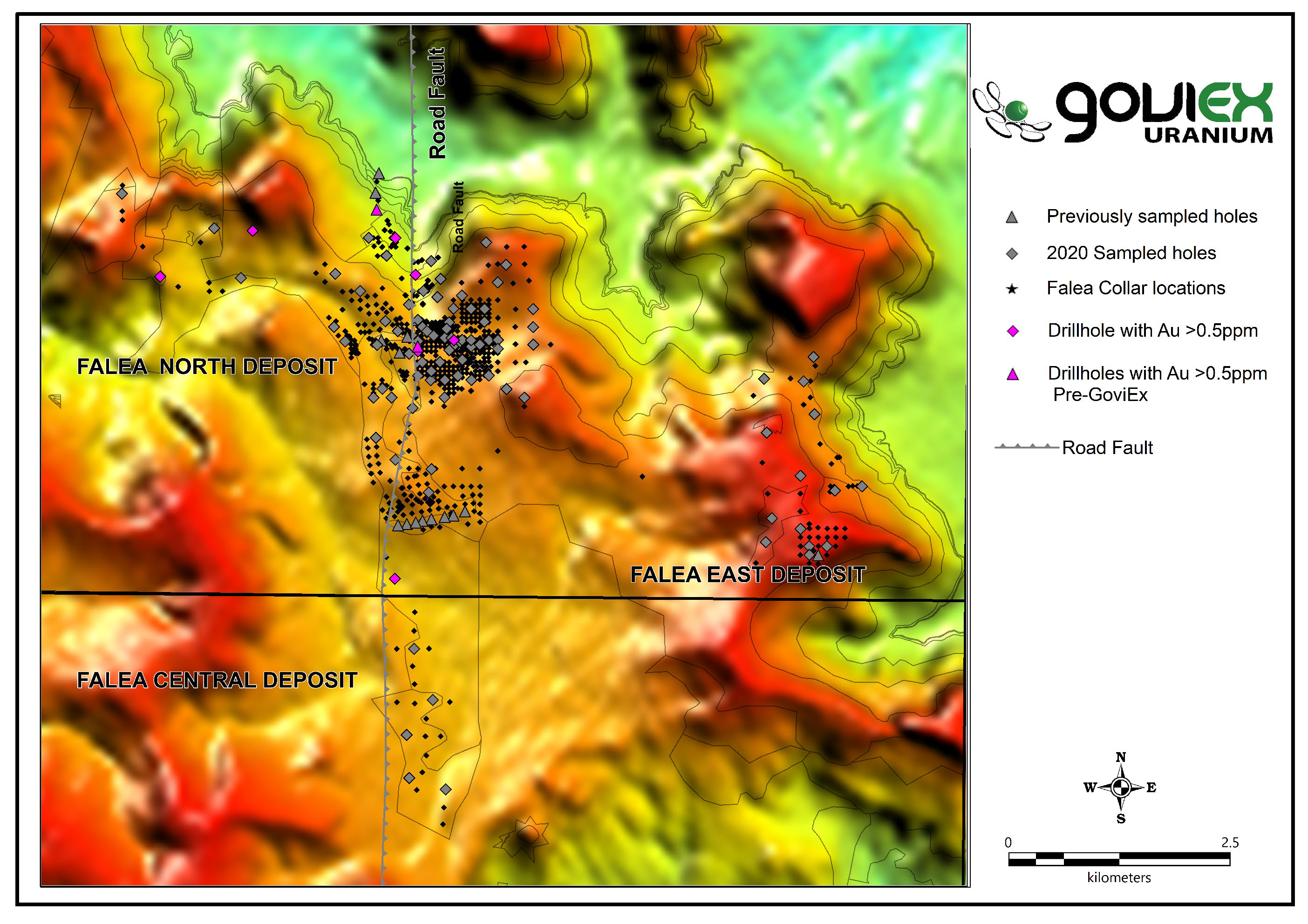 Figure 1: Location of drill holes sampled by GoviEx in 2020 (96 drill holes) and those previously sampled, and highlighting those with anomalous gold results- >0.5ppmAu

Terratec Results
Terratec Geophysical Services (“Terratec”), based in Germany, have recently completed five High Resolution IP (“HIRIP”) lines and 66 line kilometres of Dipole-Dipole Resistivity and IP gradient survey over the Falea deposit. The aim of this survey was to help elucidate the structural controls on the existing polymetallic mineralisation and the gold in the deeper Birimian sequence. These geophysical techniques have revealed some interesting correlations between chargeable bodies and the presence of polymetallic mineralization and geological structures of the Falea deposit that are the conduits for mineralisation.

These techniques have revealed chargeable bodies in the area, which will become drill targets in future drill programs. The fact that the chargeable bodies have not been truly tested by drilling and that some of the anomalous gold results occur on the edges of these zones, is encouraging and will warrant drill testing in future not only for gold but for uranium mineralisation. 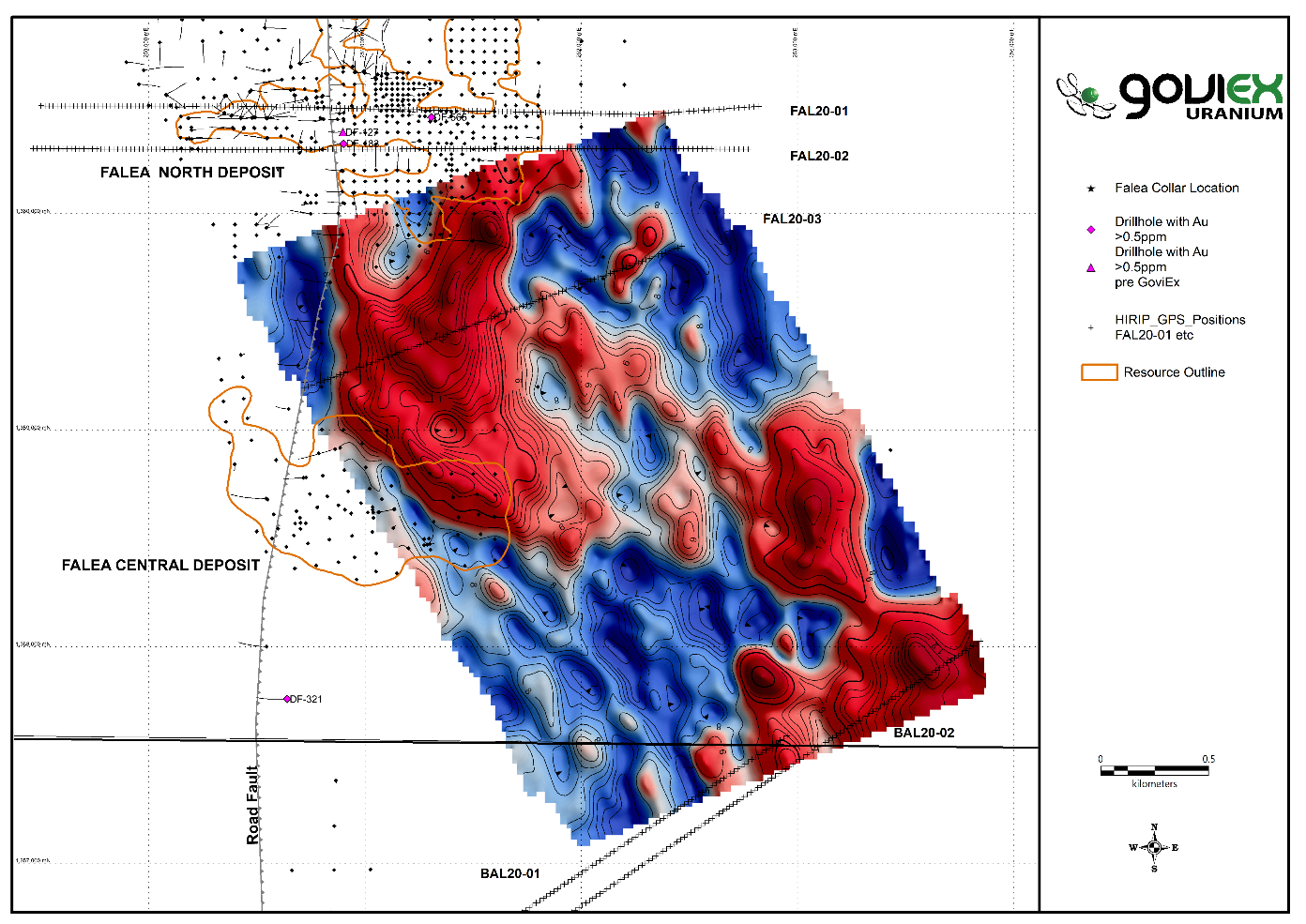 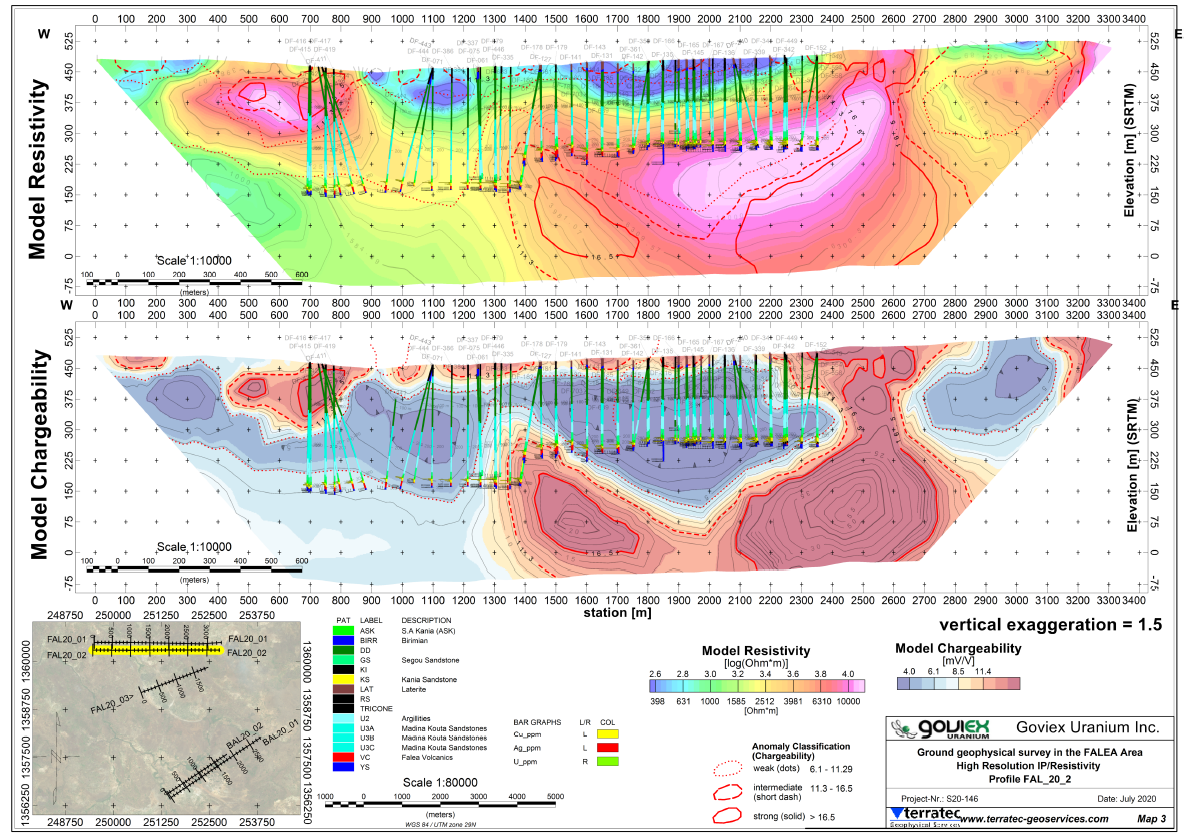 Madini Permit – International Drilling
The Company has entered into a service agreement with International Drilling Company (“IDC”) from Senegal to undertake a minimum 6,000-metre aircore drilling program to test the gold potential associated with the soil anomalies on its Madini Permit. Drilling by IDC is planned to commence in January 2021, and is expected to last approximately two months. 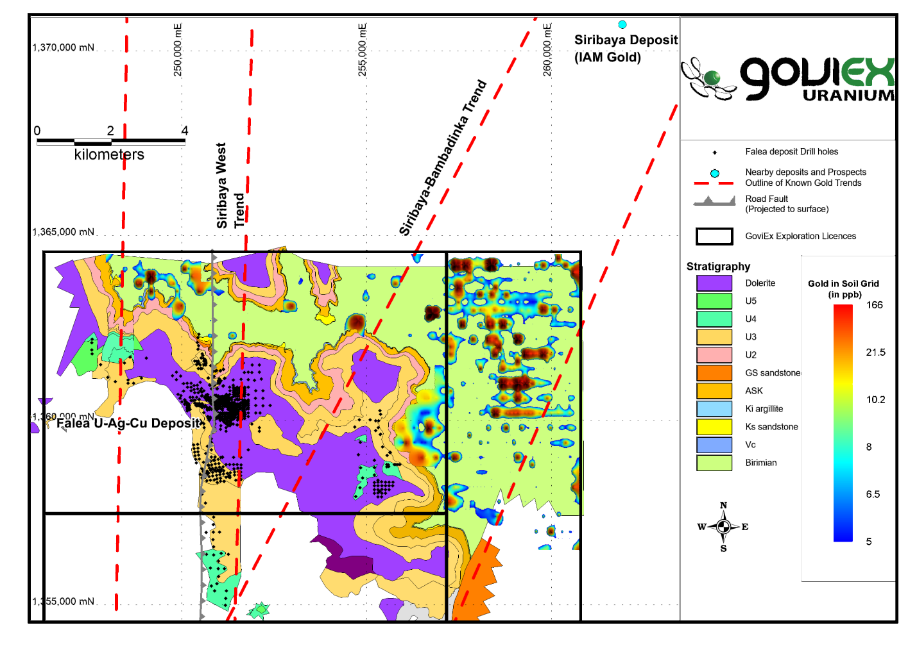 Figure 4: Gold in Soil Anomalies on the Madini Permit to be tested by drilling in early 2021
Notes: