Govind Friedland is a geological engineer from the Colorado School of Mines. Prior to forming the Company, Mr. Friedland provided business development services to Ivanhoe Mines Ltd. and Ivanhoe Energy Inc. throughout the Asia Pacific Region for over half a decade. From 2007 to 2011, as Chief Executive of the Company, Mr. Friedland was primarily responsible for raising approximately $100 million to fund acquisitions, finance exploration and pursue other corporate initiatives focused on the Company’s uranium assets in Niger. Mr. Friedland championed the Company’s policy of employing a 100% local workforce in Niger as the new paradigm for sustainable development in the region. Mr. Friedland is also a co-founder of Ivanhoe Industries, the parent company of I-Pulse Inc., a hi-tech company providing innovative solutions for mining, oil & gas, and advanced manufacturing sectors based in Toulouse France. Mr. Friedland, currently the Company’s Executive Chairman of the Board of Directors, earned his degree in Geology and Geological Engineering from the Colorado School of Mines in 2000 with a focus on Exploration Geology. While attending CSM, Mr. Friedland was distinguished as the recipient of the prestigious Brunton Award for his excellence and expertise in field mapping. From 2002 to 2011, Mr. Friedland was based in Beijing, China and possesses a unique multicultural background having lived much of his life in Asia immersed in the mineral exploration industry. From 2003 until 2005, Mr. Friedland worked for Ivanhoe Energy Inc. and Ivanhoe Mines Ltd. as Business Development Manager for the Asia Pacific Region. Prior to that, Mr. Friedland was a Field Engineer for Kiewit Pacific, a division of Peter Kiewit & Sons. Mr. Friedland draws on experience having worked at Kiewit Pacific on the planning, mobilization, and execution of several multibillion dollar projects including Level 3 Communications, a $6 billion design build high-tech contract, the Oakland-San Francisco New Bay Bridge, a $1.2 billion job which involved heavy civil engineering and construction, and in China. Mr. Friedland also has particular mineral exploration and development expertise throughout Asia and North America. Mr. Friedland was part of the regional exploration team that first discovered the Voisey’s Bay Nickel-Copper-Cobolt discovery in Labrador Canada in 1996, which was ultimately sold to Inco for $4.3 billion.

Daniel Major is a mining engineer from the Camborne School of Mines in the UK. His career spans over 25 years in the mining industry where he has established a solid track record initially with Rio Tinto at the Rossing Uranium Mine in Namibia and later as a mining analyst with HSBC Plc followed by JP Morgan Chase & Co. in London. More recently Mr. Major was Chief Executive and later Non-Executive Chairman of Basic Element Mining and Resource Division in Russia, and held leadership positions in several Canadian listed mining companies with exploration and producing assets in Canada, Russia and South America.

Lei Wang, CPA, CGA, has more than 20 years of experience in the natural mineral resources sector. Ms. Wang has been integrally involved in all areas of financial reporting, regulatory compliance, treasury, tax and corporate finance activities for both publicly traded resource companies and privately held companies. Ms. Wang has held various financial roles, including CFO, in the Canadian mineral resources industry since 2001, and prior to that, Ms. Wang worked at Schlumberger in Aberdeen, Scotland and Glencore International in Beijing, China.

Matthew Lechtzier is a qualified lawyer with extensive experience in marketing, transacting and documenting a variety of international financial transactions. He has acted as project manager and senior advisor for over 80 public and private offerings. For nearly two decades, Mr. Lechtzier has served as Senior Vice President of Ivanhoe Capital Corporation in its offices in Singapore, Vancouver and London where he is based. He has been responsible for transaction execution, marketing and banker and investor relations with respect to both public and private affiliated companies. In addition, he has overseen the raising of in excess of $1 billion in five separate initial public and other offerings while at Ivanhoe Capital. He also serves as Senior Vice President of Ivanplats UK Limited, a wholly-owned subsidiary of Ivanhoe Mines Ltd., formerly Ivanplats Limited. Mr. Lechtzier’s previous experience is as Director of Equity Capital Markets with Jardine Fleming Securities (now part of JP Morgan Chase & Co.) in Hong Kong, a pre-eminent Asian based investment bank. He was a senior member of their equity capital markets team in Asia, which led 48 international issues in 1993 and 1994 raising in excess of $5.7 billion. Mr. Lechtzier was also a member of the Asian Capital Markets Department of J Henry Schroder Wagg & Co./Schroders Securities Limited in London and Taipei and of the Capital Markets team of the Chase Investment Bank in London. Over his lengthy financial management career, Mr. Lechtzier has served on the board of directors of various public and private companies including most recently First Calgary Petroleums Ltd.

Christopher Wallace has more than 35 years of banking and corporate finance experience. He previously served as the Managing Partner of Second City Capital Corporation, a US$100 million private equity and mezzanine loan fund. He also was the Chief Operating Officer of Canadian Maple Leaf Financial Corporation, a publicly traded Merchant Bank, until 1998 when he left the firm to set up Stirling Mercantile Corporation. Mr. Wallace has been a director of various boards, including Greening Donald Company Ltd., The Rockford Corporation, and Bennett Environmental Inc. He graduated from Queen’s University, Ontario, Canada, with a BA Hons. in Economics.

Mr. Hanson has been a Director of the Company since June 2012. Mr. Hanson currently serves as the Chairman of Hanson Capital Investments Ltd., Strand Hanson Ltd., Sinojie Hanson and Hanson Family Holdings Ltd. (formerly Hanson Transport Group Limited), and is also Co Chairman and Managing Partner of Millennium Hanson Advisors. He was Chairman of Hanson Westhouse Limited from February 1998 to April 2009 and an Associate Director of N.M. Rothschild & Sons from 1983 to 1990, serving in London, Hong Kong, Chile and Spain. From 1990 to 1997, he served on the board of directors of Hanson plc, and was primarily responsible for strategy and merger and acquisition transactions. Robert Hanson was an independent non-executive Director of Vancouver based Ivanhoe Mines Ltd. from 2001 to 2010 and has been a Director of SouthGobi Resources, a Mongolia-based coal production and development company, since 2006. Mr. Hanson currently serves as a non-executive director of Kaizen Discovery Inc., a Canadian technology-focused mineral exploration company. His other non-executive directorships include Sport & Artist Management Ltd. (a boutique sports marketing company) and E-commerce Logistics Ltd. (a Hong Kong based company which provides fulfilment and logistics facilities in greater China). Mr. Hanson was educated at Eton College and received his Master of Arts degree in English Language & Literature from St Peter’s College, Oxford. He is a trustee of the Hanson Foundation and a founding trustee of the Raisa Gorbachev Foundation fighting child cancers. He is a member of the Institute of Corporate Directors.

Member of the Audit Committee

Mr. La Salle is a Fellow Chartered Accountant (FCPA, FCA), a member of the Canadian Institute of Chartered Accountants and holds a Commerce Degree and a Masters of Business Administration from IMEDE in Lausanne, Switzerland. In 1980, Mr. La Salle founded Grou, La Salle & Associates, Chartered Accountants. In 1995, Mr. La Salle founded SEMAFO Inc., a mining company with gold production and exploration activities in West Africa and held the position of President and Chief Executive Officer of the organization until August 2012. He now acts as President and Chief Executive Officer of Windiga Energy Inc. In the last quarter of 2012, Mr. La Salle was appointed Chairman of Canadian Council of Africa (CCAfrica), Sama Resources Inc. and Algold Resources Ltd. Mr. La Salle is the former Chairman of the Board of Plan International (Canada).

Anthony Abbenante is President of Ivanhoe Industries, LLC, a U.S.-based, privately held company actively engaged in supporting technology, energy and natural resource companies worldwide that is backed by several prominent entrepreneurs, including Robert Friedland. He formerly was an attorney at Mintz, Levin, Cohn, Ferris, Glovsky and Popeo, a U.S. law firm, where he worked in the corporate transactional group based out of the firm’s New York and Washington, D.C. offices. He has a degree in Foreign Affairs from the University of Virginia and a Law degree from American University in Washington, D.C.

Mr. Cates is the President and Chief Executive Officer of both Denison and Uranium Participation Corporation. He is a Chartered Professional Accountant (CPA, CA) and holds Master of Accounting (MAcc) and Honours Bachelor of Arts (BA) degrees from the University of Waterloo. Prior to his appointment as President and Chief Executive Officer of Denison, Mr. Cates served as Denison’s Vice President Finance, Tax and Chief Financial Officer. As Chief Financial Officer, Mr. Cates played a key role in the company’s mergers and acquisitions activities – leading Denison’s acquisition of Rockgate Capital Corp. and International Enexco Ltd. Prior to joining Denison in 2008, Mr. Cates worked for Kinross Gold Corp. and PwC LLP. 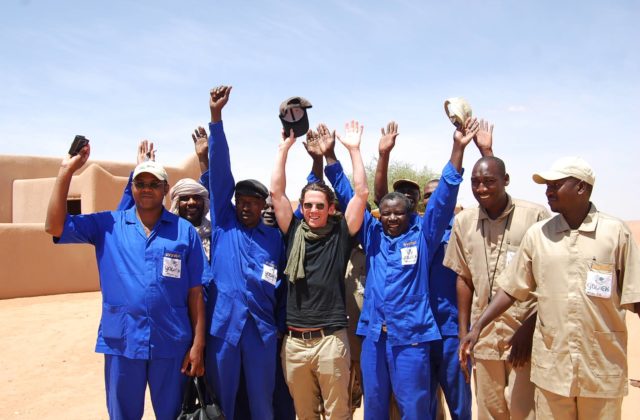 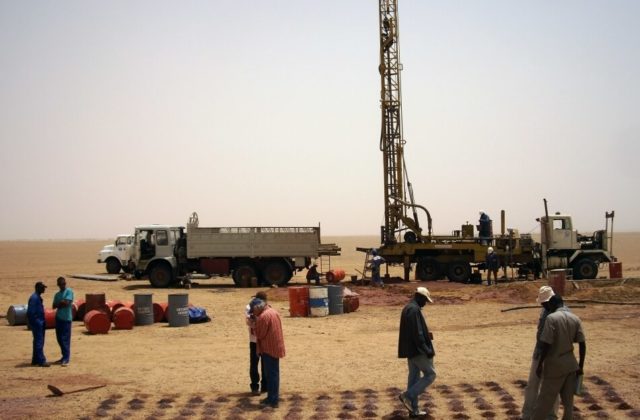 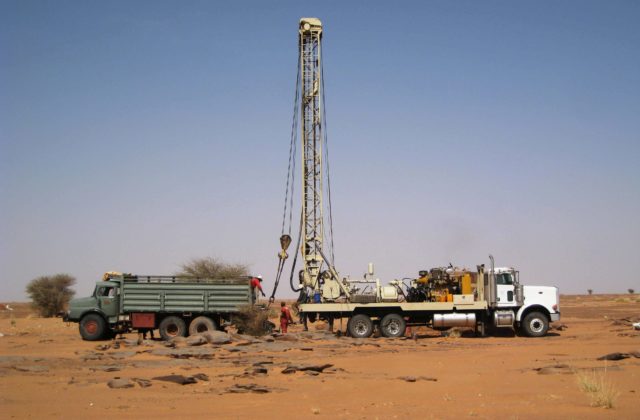 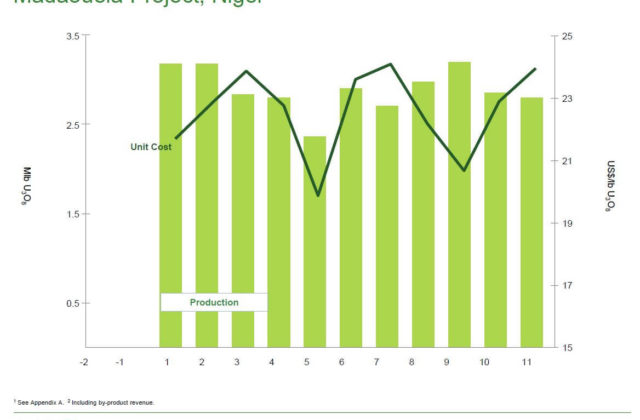 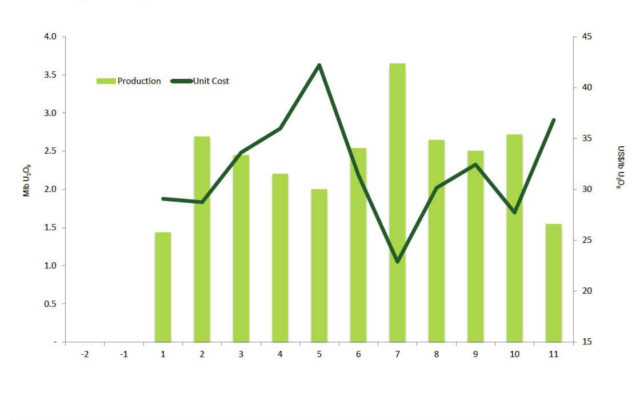 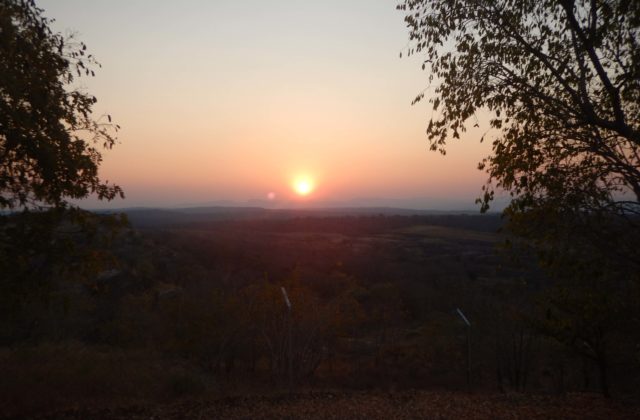 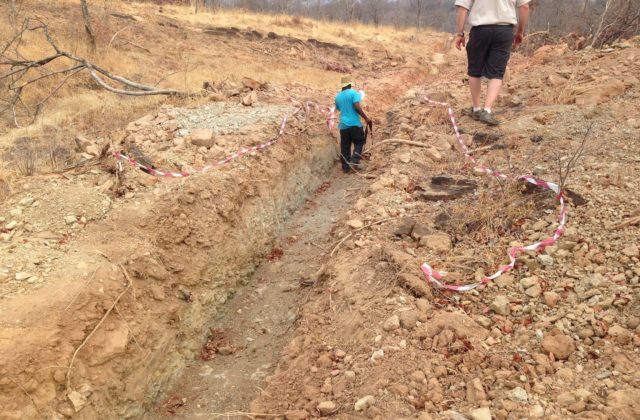 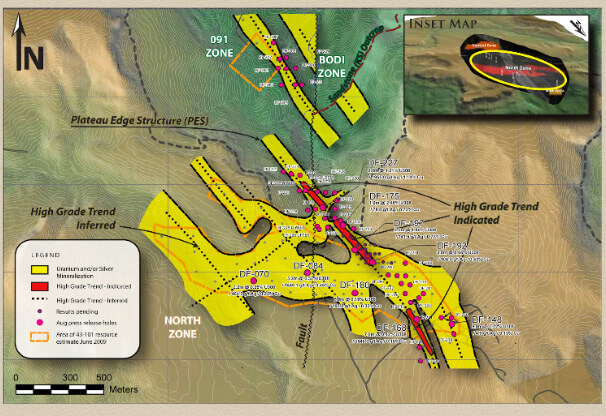 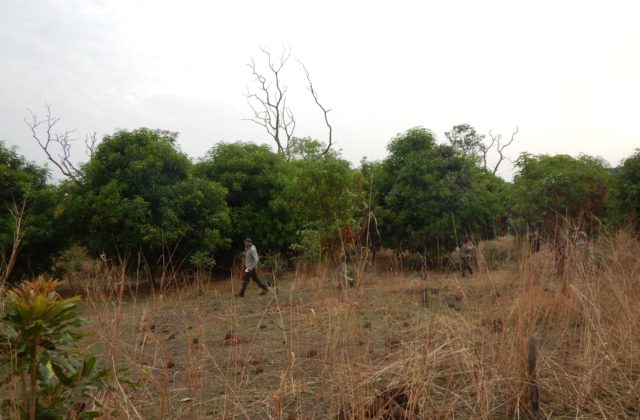 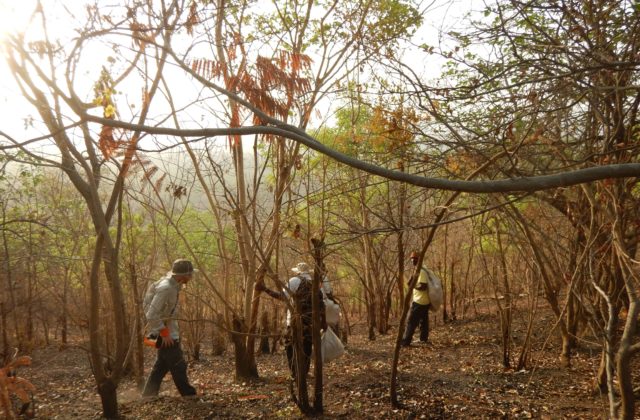 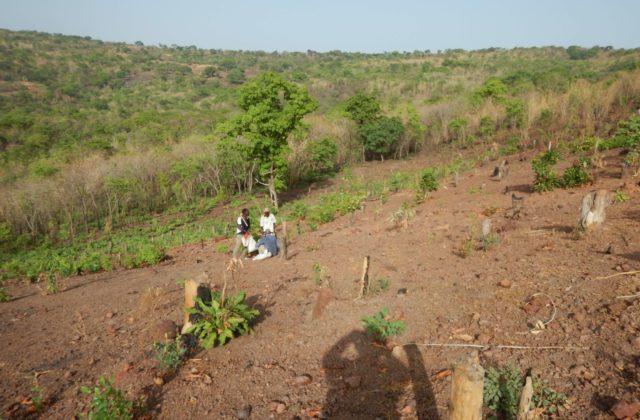