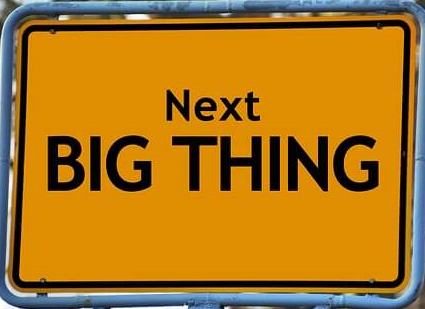 GoviEx Ramps up Work at Mutanga Targeting a Feasibility Study

Vancouver, British Columbia–(Newsfile Corp. – April 28, 2022) – GoviEx Uranium Inc. (TSXV: GXU) (OTCQX: GVXXF) („GoviEx“ or the „Company„) is pleased to announce that it has started its 2022 field program on its 100% owned and mine permitted Mutanga uranium project in Zambia (the „Mutanga Project„), one of three African projects owned by GoviEx, which is planned to be developed following the Company’s Flagship Madaouela uranium project in Niger (the „Madaouela Project„).

The field program will target key aspects that will assist to progress the Mutanga Project towards completion of its Feasibility Study and potential subsequent funding and construction.

The planned field program includes 15,500 metres of infill drilling, with an aim to upgrade the Mutanga Project’s Dibwe East resource from Inferred to Indicated category, extending the work completed by GoviEx in 2021. The drilling is planned to use down-hole percussion drilling to an average depth of 120 metres in a nominal 100 m x 50 m grid.

GoviEx has also commissioned 9,000 metres of diamond drilling to obtain core samples for uranium assays that will be used to determine uranium disequilibrium factors for the Mutanga Project’s Dibwe East and Dibwe deposits. The drilling will also provide metallurgical samples for process verification and optimisation test work and for geotechnical studies.

As part of the 2022 field programme, a hydrogeological study will be conducted to find a reliable water source for the plant and to carry out the dewatering studies for the open pits. GoviEx has also commissioned an update of the ESIA and Relocation Action Plan beginning in July 2022. Finally, the Company has commissioned downhole logging services including calibrated gamma log used to correlate uranium grades, hole deviation and conductivity logs to interpret the geology.

GoviEx is committed to acting responsibly across all of the activities it undertakes. This underpins our approach to Environmental, Social and Corporate Governance and can be demonstrated through our commitment to local employment and local content. As part of this commitment, all contracts awarded for the 2022 Field programe as above are from companies based in Africa, with the vast majority being in Zambia.

Based on its 2017 Preliminary Economic Assessment, („PEA„)1,2, the Mutanga Project is planned as an open pit, heap leach operation with an 11-year mine life forecast to produce 2.6 Mlbs of U3O8 per year, based on a Mineral resource of 15.2 Mlbs U3O8 contained in the Measured and Indicated and 44.9 Mlbs U3O8 contained in the Inferred category. Uranium recovery is forecast at 88% with a relatively low capital intensity. Start-up Capex is estimated to be US$123 million and cash operating costs are forecast at US$31.1/lb U3O8.

The Mutanga Project has access to extensive infrastructure including road, ground water and grid power, and also benefits from a low stripping ratio (3.4:1) and low sulfuric acid consumption (3-9 kg/tonne ore processed). The PEA assumed a 9% mining royalty that was applicable at the time, which has subsequently been revised by the Zambian government to 5%. At recent prices, the project has an 34% IRR and US$189 million NPV.

Daniel Major, CEO of GovieEX said: „We are a multi asset developer on track to deliver on the feasibility study for our mine permitted Mutanga Project. This is two years after we plan to deliver the feasibility study for our Madaouela Project in Niger, which is due in the first half of this year. With increased uranium prices driven by strong market fundamentals, the Mutanga Project continues to be a key asset for GoviEx.“